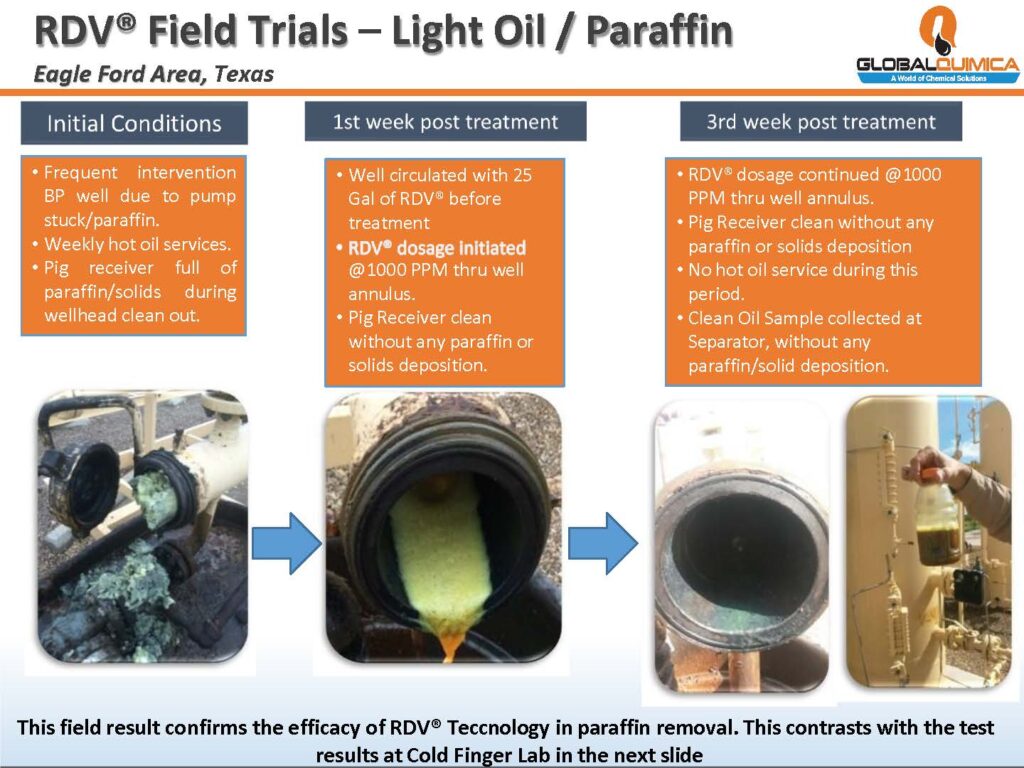 RDV® Technology is not the result of conventional mixtures used by the oil industry in more than 150 years of operations. The industry has repeatedly used mixtures of chemical products in crude oil treatments to facilitate its extraction, its flow to improve transportation and its processing in refineries. Our technology is based on transformation processes of relatively used materials, with which original solvents are obtained. Unique in the world. In RDV® Technology, conventional aromatic solvents or mixtures with other solvents are not used, so the inhibition/reduction of deposits and organic impurities (paraffin, asphaltenes and other organic compounds) present in hydrocarbons is not the result of the dispersion or dilution, as occurs in most conventional treatments. The mechanism of action of the RDV® Chemical Technology is designed to use the natural energy of the wells, such as their bottom pressure and temperature, as well as the agitation/homogenization induced by the mechanical pumping equipment installed in the wells. tankers, as catalysts for the chemical reaction that it induces on the hydrocarbons, with absolute respect for the “wettability” of the producing sand. The contribution of residual reagents causes a high energy response required for the process that allows carbon-carbon bonds to be broken, resulting in the reduction of long-chain complex hydrocarbons into short chains in an irreversible and permanent way. By massifying the injection of RDV® technology, at the bottom of the wells, The Operator achieves, a small analogy, a catalytic unit where the RDV® technology reacts with the hydrocarbon.